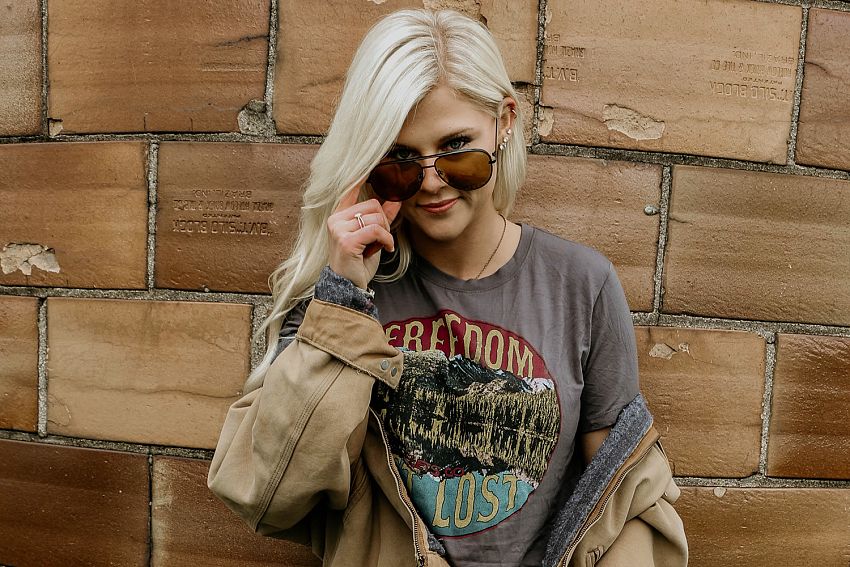 Country music singer Sadie Bass grew up in small town Michigan, hunting and fishing with her Dad, and those pastimes became the focal point of the first song she wrote called “Son He Never Had.” And yes, Sadie Bass is her given name. Her music and lifestyle could be the poster child for outlaw country music and she could easily hop the bus on any contemporary country music tour and be welcomed onto any stage today. Shortly after writing her first song and posting it on social media, she was contacted by country music radio stations and asked to perform opening sets for touring country acts traveling through Michigan.

Sadie began her college career with a softball scholarship, but quickly decided that being a dream chaser was what she was meant to do. She started writing more songs about romance, fishing, drinking beer, her pickup truck, family and faith, posting them online, and her grassroots following quickly spread like wildfire reaching 21k on Instagram in a few short months.  Her following is now up to 33k!

She has been contacted by multiple outdoor companies to be a model and brand influencer for their products, and one company offered to sponsor her next official video. Sadie is working on her first full length album, and has plans to move to Nashville. In the meantime, she has created a loyal following of fans who fill the house whenever and wherever she performs.

In the few short years Sadie has been performing, she has already opened for Billy Ray Cyrus, Brantley Gilbert, Hardy and Jimmie Allen.